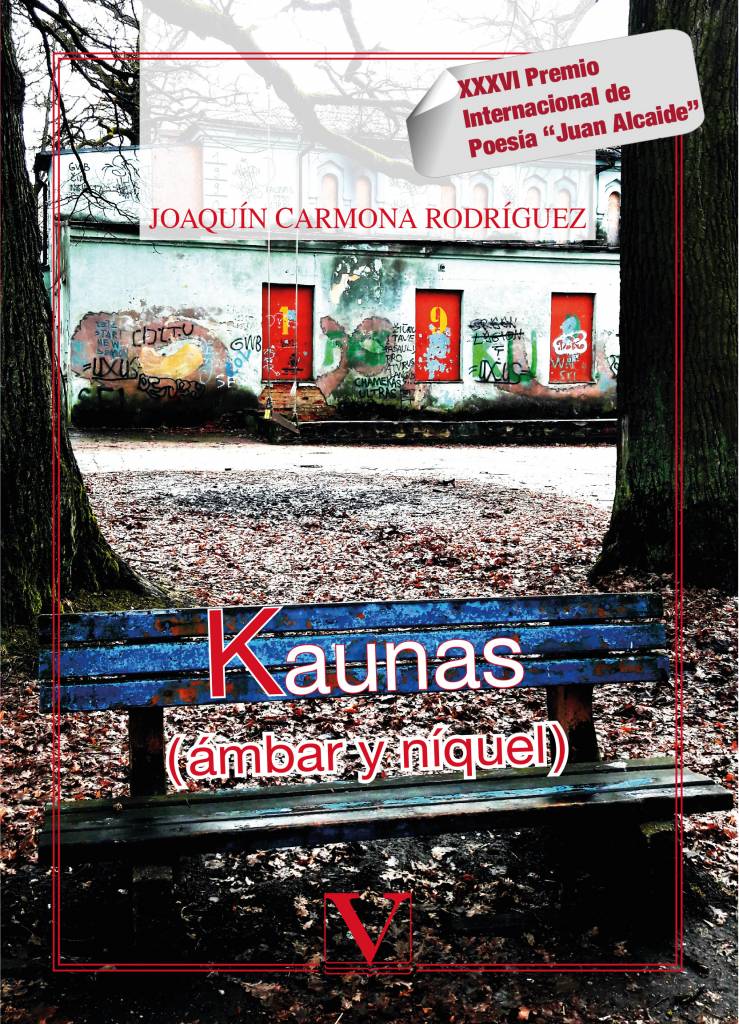 A talented young Spanish poet, that has been Kaunas university of technology Spanish language lecturer Joaquín Carmona Rodríguez, recently published a poem collection „Kaunas. Amber and nickel“(KAUNAS. ÁMBAR Y NÍQUEL). During these days, news have reached us, that the collection has been awarded by the international 2017 famous poet Juan Alcaide (1907-1951) poetry award. The interesting fact is, that every award laureate collection poem starts with Kristijonas Donelaitis „The Seasons“(„Las estaciones del año“) verse translation to Spanish.

K.Donelaitis „The Seasons“ translator to Spanish language is Vilnius university, foreign languages institute associate professor, that lives in Lithuania, Carmen Caro Dugo, who translated Antanas Baranauskas “The Forest of Anykščiai” to Spanish this year, shares these news and says, that she very happy to see K. Donelatis still existing in another publication and that he talks to the young poetry readers.

We asked the honorary associate professor to contact with the author of this collection and to inquire on how this idea came to him to use K.Donelaitis “The Seasons” verses in his poetry, that were translated to Spanish by her. We got a reply, that at the start of his poetry collection, he wrote an explanation, which when translated to Lithuanian language by the associate professor sounds like this:

“I wrote these poems between 2016 September and 2017 May, when I was working as a Spanish language lecturer in Kaunas university of technology. All poem names are real verses from K.Donelaitis “The Seasons” due to Carmen Caro Dugo translation. It is one of the most famous and the most expanded Lithuanian literature creations, it is said that it is written between 1765 and 1775.

C.C.Dugo also submitted an article in Spain press about this contest and this book. The article says, that there were 375 authors from Spain and Latin America participating in the contest. An awarded author is a philologist from Granada city (in south of Spain). The committee evaluated his poems  rich cultural content, picturesque beauty and intellectual, pure poetry, that touches the universal and humane subjects, that we care about nowadays.

C.C.Dugo writes, that the poem names are taken from K.Donelaitis, but it does not say from where exactly. A few examples – poem names: [“From small things it gets a lot more miraculously strange” (“The Toils of Summer”, 276) ], [“Behold, immediately the grinning reaper strangles everywhere” (“The Toils of Summer”, 440) ], [“You heard, tomorrow we need to ride to forest” (“The Autumn’s Riches”, 128)].

We thank the author for this interesting information. A more detailed article about this collection and its author, also about K.Donelaitis verses in it, we will submit in the fourth this year’s “Donelaičio žemė” magazine publication.